It ensures a sense of security in a friendly, civilized and family environment! 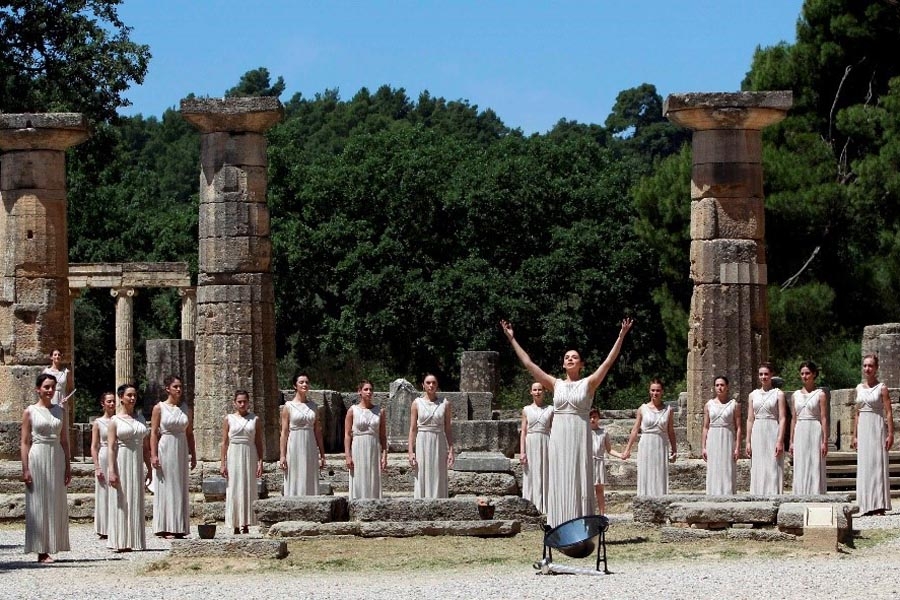 In western Peloponnese, in the beautiful valley of the Alpheios river, lies the most celebrated sanctuary of ancient Greece. Dedicated to Zeus, the father of the gods, its fame rests upon the Olympic Games, the greatest national festival and a highly prestigious one world-wide, which was held every four years to honour Zeus.

The Archaeological Museum of Olympia, one of the most important museums in Greece, such as the statue Praxiteles Hermes.

The massive temple of Zeus, the most important building in the Altis, standing in its very centre, is the largest temple in the Peloponnese, considered by many to be the perfect example of Doric architecture. It was built by the Eleans from the spoils of the Triphylian war and dedicated to Zeus. Construction began c. 470 and was completed before 456 BC, when an inscribed block was let into the east gable to support a gold shield dedicated by the Spartans in commemoration of their victory at Tanagra.

The temple of Hera, one of the oldest monumental temples in Greece, stands in the north-west corner of the sacred precinct of the Altis, on the south slopes of Kronios hill, protected by a powerful terrace wall. It was dedicated to the Olympian sanctuary by the inhabitants of Skillous, an ancient city of Eleia. Pausanias relates that the temple was built approximately eight years after Oxylos ascended to the throne of Elis, that is c. 1096 BC, but in reality it is much later.

The stadium of Olympia, situated east of the sacred Altis enclosure, was where the ancient Olympic Games and the Heraia, the women's games in honour of Hera, were held. Before the sixth century BC the running events were held on a flat area along the treasuries' terrace, east of the great altar of Zeus. A first stadium (Stadium I) was formed in the Archaic period (mid sixth century BC) by leveling the area south of the Kronios hill inside the Altis.

The ancient gymnasium of Olympia lies north-west of the Altis enclosure on a flat stretch of land by the Kladeos river bank. It is adjacent to the palaestra, which extends the gymnasium complex towards the south. Here athletes practiced track and field and the pentathlon. Before the construction of the gymnasium in the Hellenistic period, these events took place outdoors. The surviving structure dates to the second century BC.